Recently, San Xue Optoelectronics Secretary-General Li Xuehong told the agency that the company completed 30% of the 2-inch to 4-inch film in 2013, and strived for more than 70% in 2014. Huacan Optoelectronics said in a joint investigation by the agency that the company's planned chips are all 4 inches. The first phase of the planned addition of MOCVD 48 is more than two-thirds. The remaining MOCVD is expected to arrive in the first half of 2014. And installed and put into production.

Huacan Optoelectronics said that in the production of 4-inch wafers, there are fewer problems with epitaxial segments, and some technical problems in the chip part still need to be overcome. For example, in the lithography and thinning process, the epitaxial warpage will cause many related problems. In the previous year, a lot of 4-inch chip special research and development and process improvement have been made in the Wuhan plant area. At present, there are already mature solutions, and the 4-inch production line of the Zhangjiagang plant has been mass-produced smoothly.

According to industry insiders, since the 4-inch sapphire substrate needs to be imported, the price is relatively expensive. At present, the domestic 2-inch film is the main one, but the 4-inch epitaxial chip is the development trend.

SDL16 series 16mm installation Pushbutton Switch refers to an electronic component that can open a circuit, interrupt current, or flow it to other circuits.We also called it for LA137-H series Pushbutton Switch,can be designed according to customer's needs. 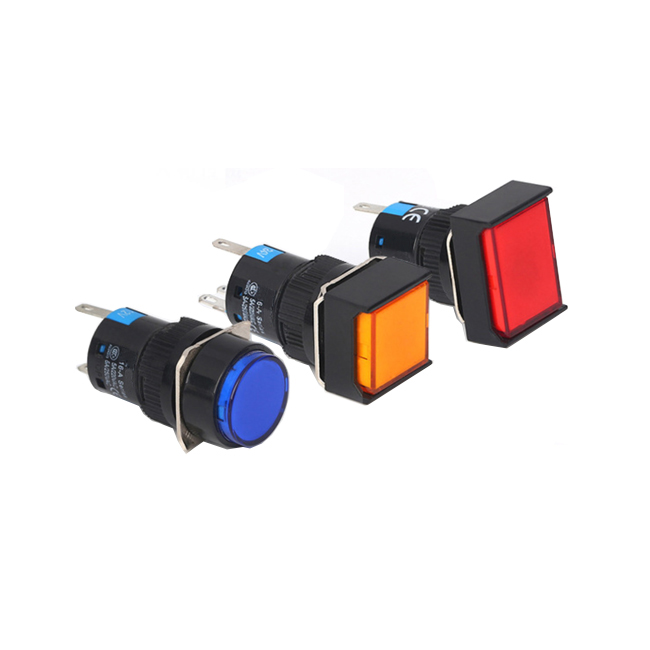