On January 21, Huawei Chief Financial Officer (CFO) Meng Wanzhou said in the disclosure of the 2012 business performance estimate that the company promised to pay bonuses to employees of 12.5 billion for the whole year. According to the total number of Huawei's 160,000 employees worldwide, the average person can get 83,300 yuan, of course, not everyone can actually get that much.

Huawei â€™s huge awards have attracted various comments from the public. Some say that Huawei is willing to pay. Although it is calculated according to the annual bonus, the per capita is 83,300 yuan, and the state-owned financial institutions have issued much more than this. Some say that Huawei is transparent. Yes, it was so mysterious in the past, and now it has been made public, "from a black house into a transparent glass house", which reflects the financial uncertainty of many state-owned enterprises; some say that this is Huawei preparing for the launch of an IPO, or To prepare for a strategic shift from the operator market to the consumer market, or simply to increase employee loyalty and attract talent, the easiest way to increase reputation in the industry, and so on. 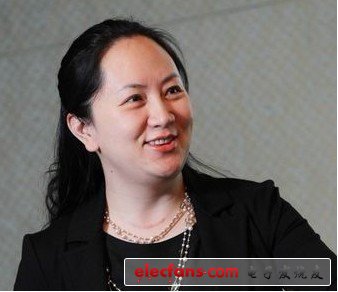 In fact, no matter what the true intention of Huawei is, it does not matter, because the reason why the author pays attention to Huawei to give giant awards to employees is completely "the drunkard's intention is not to drink", but just want to borrow Huawei's huge award to discuss a The question is, is it better to retain as much as possible the operating income of a company?

Huawei â€™s total net profit in 2012 was RMB 15.4 billion. Of course, the bonus of RMB 12.5 billion was not paid from here, but was included in labor costs. It must not be understood that Huawei â€™s generosity is excessive, and almost all the annual profits are used to treat employees. 2013 Years are not going to do it. Even so, compared with the annual profit of 15.4 billion yuan, the total bonus of 12.5 billion yuan is still enough to make people "shocked", not to mention that this has not yet counted the employees' dividends: Huawei has 150,000 employees, of which more than 64,000 Employees hold 98.6% of the company's shares.

Huawei is known for its "wolfness" and has a corporate culture of "working overtime and sleeping on the office floor", and has been criticized by public opinion for its employees "overwork and death". In 2012, Huawei still realized the situation after reversing the decline in net profit. A year-on-year increase of 33% and net profit of 15.4 billion yuan were achieved. Against this background, Ken paid 12.5 billion yuan as an employee bonus. At least one thing: Huawei no longer needs to deduct employees and damage shareholders to maximize profit retention. The stage of expanding the scale to improve operating performance and strengthen oneself, the company, shareholders and employees can achieve a win-win situation.

Even if we do not question how much of the funds left by state-owned enterprises are used for executive compensation and job consumption, how much is used for unnecessary buildings, how much is used to pay generous wages for redundant staff, and how much disappears in the wrong investment According to Huawei's huge bonus expenditure, at least one question can be asked: is the company's development more abundant and better? Is the bottleneck of enterprise development only limited by funds? If the answer is uncertain, what â€™s worse, if it turns out that because the main business market is saturated and the company has no core technology support, there is no breakthrough point, and it has to invest a large amount of surplus funds in the main business. In addition, the result is not only not big, but also not strong, then it is still unreasonable to retain the profit to such a high proportion. Wouldn't it be because the investors are not senior executives themselves, and the profits produced are "not for nothing"? If such a "white take" can always succeed, wouldn't a state-owned enterprise be like a private enterprise that executives "never go bankrupt" as long as they are not dismissed or transferred?

Some people do not understand why state-owned enterprises used to be scolded for losses, but now they are scolded for profits. In fact, the reason is very simple. Even if the state-owned enterprises are profitable, the state will not get much return, and the people will not be able to get much benefit. No matter how big the social security deficit is, they will not get a little subsidy. Satisfied, a few words, what is it?