Skip to content
The figures reflect the changes in the industrial structure of Zhuzhou City. In recent years, Zhuzhou City, which is in the â€œtwo-type societyâ€ national pilot zone, adheres to the strategy of â€œMade in China 2025â€ and insists on structural optimization as the main direction of building and manufacturing a strong city, vigorously developing strategic emerging industries and exerting its â€œ The role of the locomotive is to promote the traditional industry to move towards the middle and high end. 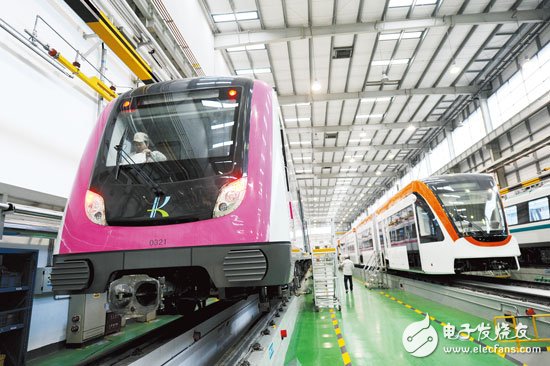 "CRRC" leads high-end intelligent manufacturing to bring power to Zhuzhou
Into the production workshop of the Bogie Division of CZ Zhuzhou Electric Locomotive Co., Ltd., the workers in the four major regions of the wheel, axle, frame and assembly are busy and orderly. "The bogie of the locomotive is like the chassis of the car. It determines whether the locomotive can bear more weight and run faster. It is the core component of the safety of the vehicle." Cao Haixia, general manager of Zhuji Bogie Division, said "For a long time, the domestic bogie process is mainly based on manual decentralized operations. Last year, we were selected as the country's first place in the country's 2015 smart manufacturing new model, and we are now stepping up the construction of the bogie intelligent manufacturing workshop."

Under the guidance of the "locomotive" of Zhuji Company, Zhuzhou rail transit equipment industry has rapidly grown into an industrial cluster with coordinated development of complete machine manufacturing, core components and key components. Among them, the international market share of locomotives reached 27%, ranking first in the world. Zhuzhou City Statistics Bureau data show that in 2015 the city's rail transit industry revenue reached 100.37 billion yuan, becoming the first industry in Zhuzhou to exceed 100 billion yuan.

In addition to rail transit, Zhuzhou also concentrated on superior resources to accelerate the cultivation of high-end equipment manufacturing industries such as new energy vehicles and aerospace.

In the assembly shop of the electric car company of the CRRC era in Hunan, a new energy bus to be delivered is being assembled. The assembly staff opens the MES (manufacturing enterprise production process execution management) system on the side of the production line, and the technical parameters and vehicle manufacturing progress status are clearly visible. Chen Longfu, director of the company's operations management department, said that customized production in the automotive field has always been recognized as a problem in the industry. "But through the intelligent factory, the current era of electric power has been able to achieve large-scale customized production." Nowadays, under the leadership of Times Electric, various automobile supporting enterprises in Zhuzhou City have sprung up, and the output value has increased significantly year on year.

"At present, we have built a power industry system that is dominated by the three major power industries of rail transit, aviation, and new energy vehicles, supported by related industries such as electronic information, new materials, and new energy, and coordinated development of the production service industry." Mao Tengfei, secretary of the Zhuzhou Municipal Party Committee, said that by 2021, the three major power industries will strive to achieve a total output value of 400 billion yuan, making Zhuzhou City a "China Power Valley."