1 Introduction Mobile phones have become an indispensable communication tool in people's lives. At present, mobile phones are powered by rechargeable lithium-ion batteries. In the field or without commercial power, the mobile phone may be out of power at any time, which causes many inconveniences to users. After research, there is always a temperature difference between the human body and the environment. The use of thermoelectric technology can realize the real power of the mobile phone in the true sense. Thermoelectric technology is a green and environmentally friendly power generation technology. It is a new energy replacement method that can effectively convert the heat of low-grade heat sources into electrical energy, while reducing energy consumption and alleviating environmental pollution. Therefore, the miniature thermoelectric device will have a bright application prospect, and the mobile phone body temperature charging system will have important practical significance for the development of new energy.

2 The principle of mobile phone body temperature charging
2.1 The energy of the human body Under normal circumstances, the infrared wavelength emitted by the human body is 8 to 12 Î¼m, the thermal energy generated by the human body's basic metabolism within 24 h is 8 059.8 kJ, and the surface area of â€‹â€‹an adult's skin is about 2 m2 In terms of body surface area per square meter, the average heat generated by energy metabolism in 1 h is about 167.9 kJ / (m2 Â· h). The main heat dissipation part of the human body is the skin. When the ambient temperature is lower than the body temperature, about 70% of the body heat is consumed by the radiation, conduction and convection heat dissipation of the skin. The temperature of the skin at the end of the limbs is the lowest, and the closer to the trunk and head, the higher the skin temperature. In cold environments, as the temperature drops, the temperature of the skin of the hands and feet decreases most significantly, but the temperature of the skin on the head changes relatively little. It can be seen that the skin temperature of the head is the highest, and changes relatively with the ambient temperature. Therefore, the mobile phone body temperature charging system is suitable for being installed inside the hat, which can improve the charging efficiency.
The lithium-ion battery of the mobile phone can be reused by charging or adding energy substances, and its rated voltage capacity is generally 3.6 V (some have 3.7 V). If the average working voltage of AA800 mAh lithium ion battery is 3.6 V, the energy is 2.88 Wh, and the heat radiated per unit area and time of human skin is about 32.65 W / m2. From the energy conversion, the area The energy of 1 m2 of human skin radiated for 1 h is about 32.65 Wh. If the lithium ion battery is charged at a charge rate of 0.2 C (160 mA), it takes 5 h to charge the 2.88 Wh. The theoretical value of the energy conversion efficiency of a lithium ion battery is about 1.76%. Telkes developed a thermoelectric generator in 1947, and its power generation efficiency is 5%. Therefore, the conversion efficiency can meet the requirements long ago, and the body temperature of the human body can fully charge the mobile phone in terms of energy conversion.
2.2 Seebeck effect Thermoelectric power generation can directly convert heat energy into electrical energy. As long as there is a temperature difference, the thermoelectric power generation module can generate a voltage. There is often a temperature difference between the human body and the ambient temperature, and the thermoelectric technology can be converted into electrical energy to charge the mobile phone. The study found that combining the two semiconductors with one end in a high temperature state (heat source) and the other end open circuit and in a low temperature state (cold source), an open circuit voltage â–³ U is generated at the cold source end, which is called thermoelectric force, and This is called the Seebeck electromotive force. The Seebeck voltage â–³ U is proportional to the temperature difference â–³ T between the hot and cold ends:
â–³ U = s â–³ T = s (tH-tL) (1)
In the formula, s is called Seebeck coefficient, and its unit is V / K or Î¼V / K. The Seebeck coefficient is determined by the electronic energy band structure of the material itself.

3.1 DC power generation module According to the Seebeck effect, the semi-conducting temperature difference battery pack is used to convert thermal energy into electrical energy to generate DC power. Thermoelectric material is a kind of functional material that can convert thermal energy and electrical energy. The parameters are shown in Table 1. Polysilicon material is selected to make thermocouple, which can show a high absorption rate of more than 90% relative to a light source with a wavelength of 10 Î¼m. Considering that the material figure of merit coefficient has a crucial influence on the power generation efficiency, the semiconductor material has the highest temperature figure of merit. So it is the material of choice for the manufacture of thermoelectric batteries. The simplest semiconductor thermoelectric power generation unit (Figure 2) is composed of N-type and P-type semiconductor galvanic arms and load resistance RL, connected by a metal material (usually copper), working between a high-temperature heat source and a low-temperature cold source to form After the loop, current flows through the load resistance. 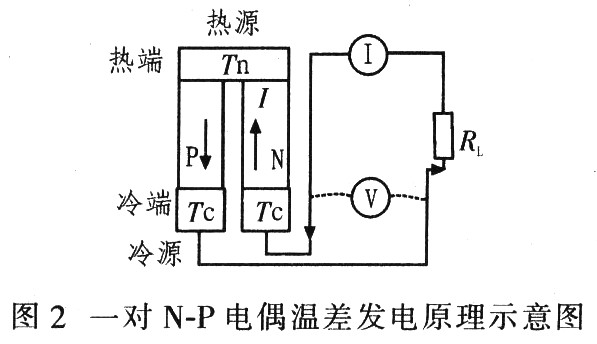 Adjust the resistance of R1 and R2 to make the output voltage U0 stable at 4.2 V, and the output current is 160 mA.

4 Process of the mobile phone body temperature charging system The key part of the mobile phone body temperature charging system is the DC power generation module, which is mainly a thermopile formed by 809 semiconductor thermocouples. The manufacturing process of thermopile mainly involves the cutting and forming of materials and pretreatment, as well as the overall welding and assembly of components. According to the previous analysis, the manufacturing process of the thermopile has the following requirements: contact resistance and contact thermal resistance should be as small as possible; with high reliability and strong mechanical endurance; easy to achieve good heat with the radiator and human body surface Contact; production costs as low as possible.
(1) Cutting and pretreatment of materials The most commonly used thermoelectric material Bi2Te3 and its alloy materials are prepared by the melt growth method. Because this kind of material has the characteristics of easy cleavage and anisotropy, when cutting the ingot into a strip thermocouple arm with a desired aspect ratio, you must pay attention to choose the cutting direction of the material to make the thermocouple The length direction is along the growth direction of the material, so as to ensure that the thermocouple is in the direction of maximum value. For thermocouple arms of smaller size, the use of wire cutting or EDM cutting can greatly reduce material damage and cutting losses. However, the cutting rate is slower in this way.
Bi2Te3 and its alloys have an orthorhombic crystal structure, and it is generally difficult to have good solderability with several commonly used tin solders, so it is difficult to achieve direct soldering of thermocouples and deflectors. A common solution is to hang a layer of transition solder on the end of the thermocouple arm. Bi95Sb5 is usually used. In addition to selecting a solder with better contact performance, an appropriate process is also required. Before welding, it is best to perform chemical cleaning (corrosion method) on each welding surface. When welding, it is necessary to select an appropriate welding temperature and time, which can improve the electrical conductivity and thermal conductivity of the thermopile joint to a certain extent.
(2) The assembly and welding ceramic metallization technology of the device is currently the most commonly used thermopile manufacturing technology. This technology uses a ceramic sheet with high thermal conductivity and good electrical insulation as the substrate. According to the design diagram of the thermopile deflector, screen printing and high temperature sintering are used to form a localized metallized area on the ceramic sheet, and then A copper deflector is formed in this area, after which the thermocouple arm can be welded between the two ceramic plates to form a thermopile. The commonly used ceramic chips are aluminum oxide (Al2O3) and beryllium oxide (BeO), and common applications require the use of aluminum oxide materials. 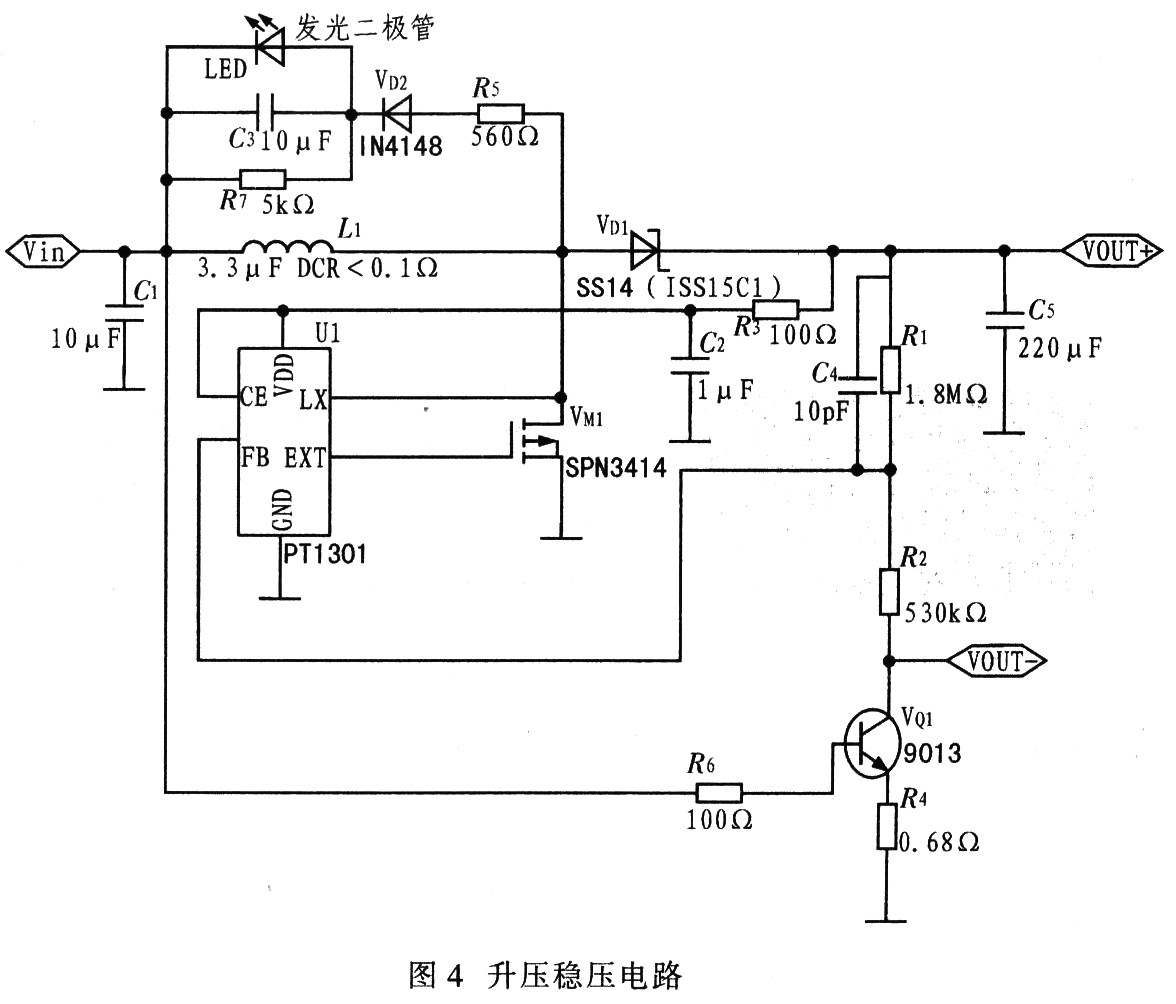 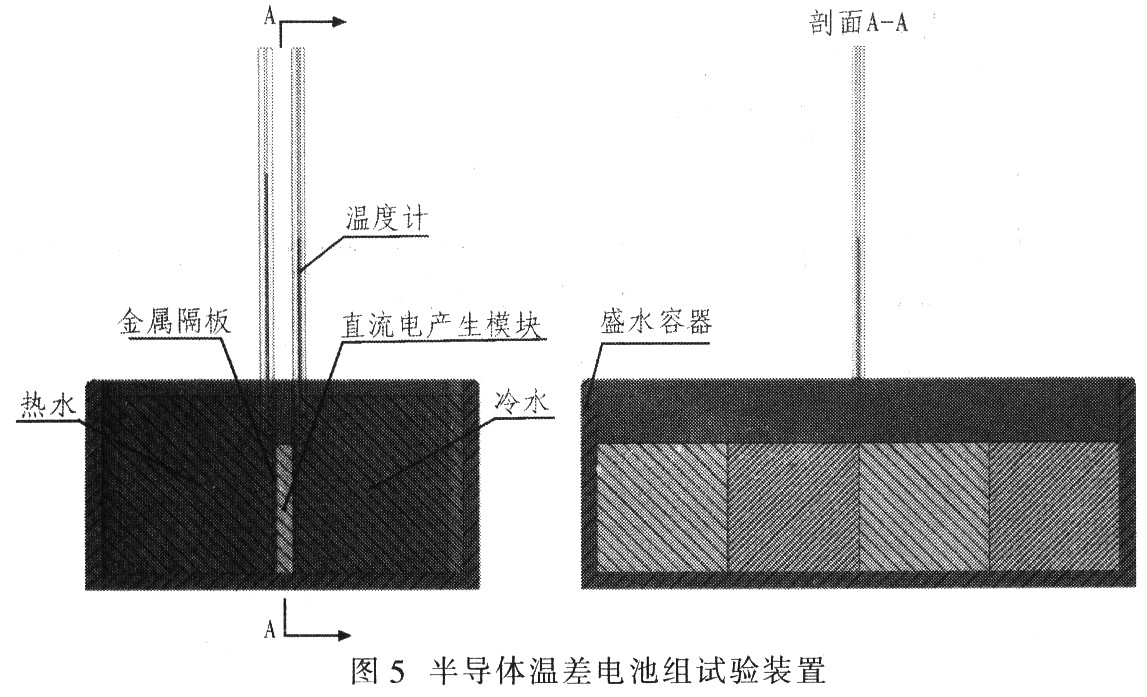 Heat the water on the hot side of the semiconductor thermoelectric battery pack, and add cold water on the cold side to form a temperature difference on both sides. The surface is coated with a thin layer of thermally conductive silica gel to remove the air from the contact surface, so that the surface of the thermoelectric battery pack is fully in contact with the metal thermally conductive separator. Experiments show that when the adjustable DC power supply charges the mobile phone through the boosting device, its voltage is about 0.911 V and the current is about 70 mA, then the equivalent input internal resistance is 13.01Î©. therefore. The test uses a 127 pair NP semiconductor thermocouple to form a piece of thermoelectric battery. Its external dimensions are 40 mm Ã— 40 mm Ã— 4 mm, and the internal resistance is measured to be about 3.8 Î©. Four pieces are used for different series and parallel tests. The external load is 15 Î© resistance, making it equivalent to a boost device. To charge the phone. Figure 6 shows the test results under different temperature differences. Table 2 lists the experimental data when the temperature difference is 9 K.

6 Conclusion The mobile phone body temperature charging system is designed based on theoretical analysis. The test results show that the equivalent internal resistance and load resistance of the four semiconductor thermoelectric cells are matched in series, and the output power is maximum. Using the series connection of semiconductor thermoelectric cells under the same temperature difference can increase the voltage And current to meet the start-up conditions of the boost regulator circuit module to meet the charging requirements of mobile phones. Theoretical analysis and experimental results have proved that it is feasible to use the body temperature to charge the mobile phone. As long as the conversion efficiency of the thermocouple is further improved, the real continuous power of the mobile phone will be realized.