In June 2012, the brand structure of the Chinese refrigerator market changed little, and Haier continued to lead. Siemens and Meiling maintained their positions as runners-up and runner-up respectively. Both Rongsheng and Samsungâ€™s attention ratios increased, while both the US and Panasonic declined. From the point of view of product features, large-volume products are more and more concerned by consumers, and the competition between double-doors and three-door products is fierce, and the two are shifting. The Internet Consumer Research Center ZDC sums up the data of China's refrigerator market operation in June 2012 for a comprehensive analysis:

â€¢ Brand focus: The brand's focus on changes in the pattern is relatively small. Haier continues to lead with a focus of 39.6%, and Siemens and Meiling maintain the second and third place respectively.

â€¢ Product focus: Large-volume products are getting more and more attention from consumers; the competition between double-doors and three-doors products is fierce, and the two are shifting; the proportion of products under 3000 yuan is more than 50%.

â€¢ Case study: The trend of the Rongsheng brand is gradually increasing, and the proportion of the mainstream product types concerned is higher than that of the overall market.

â€¢ Haier continues to lead the refrigerator market In June 2012, Haier continued to lead the refrigerator market in China with 39.6% of the respondents, but the percentage of concerns decreased slightly compared with May. Siemens and Meiling maintained their positions as runners-up and runners-up, respectively, with little attention to changes in the ratio. It is worth noting that Meiling's position in the third place continued to rise and the performance was quite good.

â€¢ Rong Sheng and Samsung's attention ratio continued to rise This month's refrigerator market brand changes in the pattern of attention, the top three remained unchanged. Same as in May, the rankings of both Rongsheng and Samsungâ€™s attention have continued to rise this month, suggesting that the popularity of the recent two brands of air conditioning products is very high. Although the proportions of the attention of the United States and Matsushita have been reduced, they have not declined, but they have declined. The remaining brands remain in place. 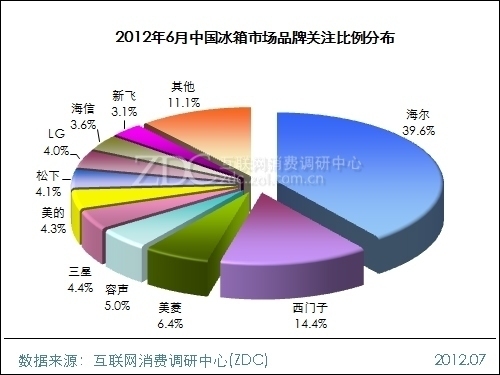 Second, product attention to the pattern

(1) Type Structure â€¢ Three-doors instead of double doors have become the most concerned type of refrigerator. From the point of view of product type, double-opening and triple-opening are particularly fierce. This month's three-door replacement has become the most concerned type of refrigerators. The proportion of attention is 38.5%. Double-door products are followed closely by the ratio of 38.0%. The ranking of the two products is the opposite of that of May, and they are expected to compete in July. The proportion of attention to open doors, single doors, and multiple door products has changed little. 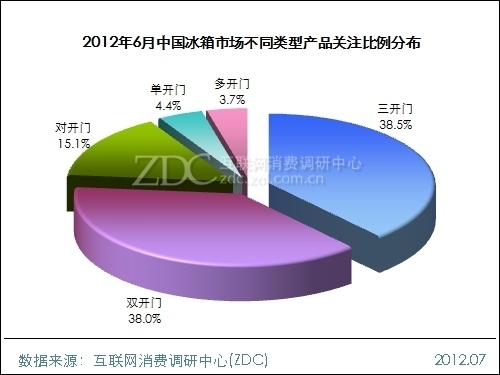 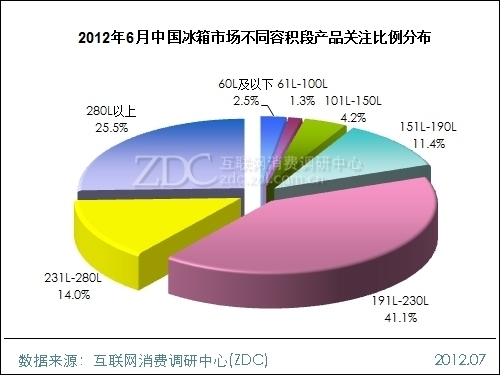 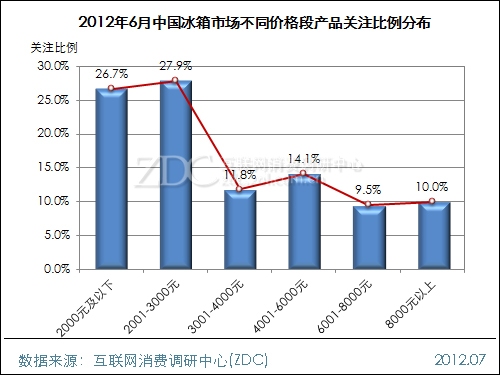 (I) Analysis of Brand Concerns Trends â€¢ The Yonsheng brand is concerned about the trend. The small household electrical appliances with the Rongsheng brand have been deeply loved by consumers, and their performance in the refrigerator market cannot be ignored. In this month's refrigerator market, its brand attention rate ranked fourth, which shows that its progress is more obvious. From the trend point of view, the beginning of the month was in a stable state, and the duration of interest continued to decrease in the middle of the week, but then it continued to rise. Afterwards, it fell slightly after reaching a maximum of 5.3% on the 24th. Overall, it is a trend of higher prices. 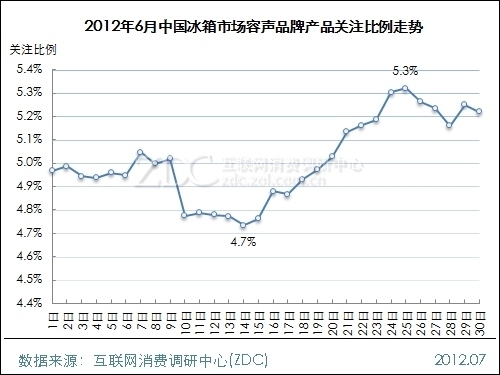 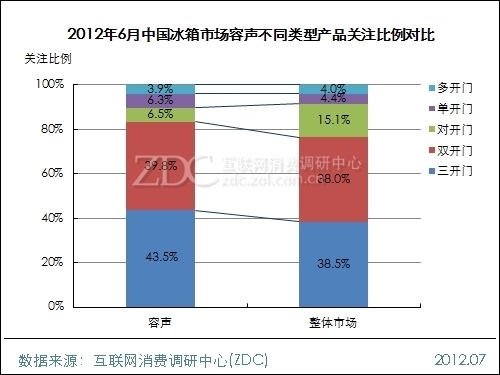