Whether it is Huawei ZTE Ericsson, Intel, or the only MTK that occupies a low-end market, it is possible to make a living in Qualcommâ€™s mobile phone chip market. 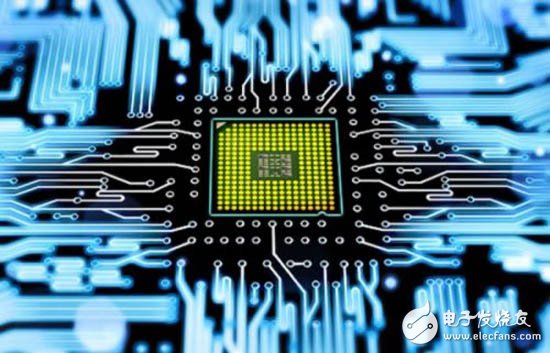 Qualcomm's strategy of monopolizing China's mobile chip market is very simple. It has been positioned at the high end in the 2G era, but in the 3G era, it was high, medium and low, and stooped to grab the low-end market. Take the current market as an example. In the domestic market, domestic mobile phones including China Cool Alliance, and Xiaomi, oppo, vivo, etc. are all frequent visitors of Qualcomm. The flagship machines of these brands are usually equipped with Qualcomm chips, and some new brands For example, one plus mobile phone, hammer T1, etc., all use the Qualcomm Snapdragon processor. The chip is the heart of the mobile phone, using Qualcomm chips, mobile phone level and style instantly improved.

The mobile phone chip industry is a typical money-consuming industry. It not only needs to bet on the future development direction of the industry for many years, but also has a strong capital base to support technology research and development. It takes millions of dollars to stream only one time. In the past few years, including ADI, LSI, Freescale, Infineon, Texas Instruments, NVIDIA, etc. have fallen or turned to other sub-chip market. Recently, another major chip maker, Broadcom, announced that it would abandon its mobile phone baseband business and seek to sell or close it. The burden of capital is to crush the last straw of Broadcom. It is understood that this business causes Botong's annual cost of 700 million US dollars. Broadcom, which exits the mobile phone chip, will focus on the wearable device market in the future.

But this does not mean that Qualcomm can always occupy this market. In fact, the pattern of the mobile phone chip market is loosening.

Not long ago, Huawei, Ericsson and ZTE released their mobile phone chip strategy almost every foot. At the recent Asia Mobile Communications Expo, Ericsson returned to the mobile terminal market with a five-mode multi-band baseband chip. At the same time, Huawei released a high-profile version of the Kirin series of chips, the main focus is differentiated technology; ZTE also recently announced the upcoming 4G baseband chip codenamed Xunlong 7510, and the use of Xunlong core's big Q mobile phone and other products will gradually be listed.

The advantage of Huawei ZTE Ericsson lies in its deep accumulation in the field of communication equipment. Within Huawei, the most proud of the Hisilicon chip is its excellent and stable communication capability. And Huawei and ZTE's mobile terminal business have done a good job, the chip is mainly self-sufficient in the early stage, and currently it is not worried about the market.

Intel, which is passing the tablet market curve and the mobile phone chip market, also has strong potential. Intel related executives have told the Caijing reporter that the tablet market has a large number of brands. When consumers choose, if they continue the thinking of the notebook era, and see the Intel core logo to recognize the quality of the tablet, Intel is basically a success.

The success of the tablet market will be a strong footnote for Intel in the mobile phone chip market and the wearable market. Intel has created the king of chips in the era of desktop computers. Chen Rongkun, general manager of Intel Mobile Communications Division China, believes that from the perspective of competition, in addition to Qualcomm, Intel is the second mobile phone chip product with good strength.

Whether it is Huawei ZTE Ericsson, Intel, or the only MTK that occupies a low-end market, it is possible to make a living in Qualcomm's mobile phone chip market.

But this is obviously a fierce battle. Today, with the increasing emphasis on technology and industrial strength, who can go the furthest in the mobile phone chip market, capital strength is probably one of the important conditions - how to ensure the huge amount of upfront investment in innovation and research, how to Keeping in the right direction of the market, how to cultivate the industry environment around the chip, these need to be supported by strong financial strength. Companies that can't do it have already withdrawn or turned to market segments, and for those who really want to continue to mix in the mobile chip circle, if you don't face the above challenges and are supplemented by strong protection, then obviously there is no way to be on the smartphone. Get a place on the chip.

At present, there are not many mobile chip players investing in LTE. There are only four operators on the platform: Qualcomm, Broadcom, MediaTek and Marvell. However, at COMPUTEX 2014, Broadcom has not released any further on LTE. Message. MediaTek and Marvell are currently only in the Category 4 stage, but Qualcomm's progress is at the leading position and has already arrived at Category 6. Samsung Mobile also announced that the Galaxy S5 has been introduced into Category 6 technology and sold in South Korea. This is the world's first mobile phone to introduce Category 6 technology, which means that South Korea has entered the Category 6 commercial era.

Peter Carson, senior marketing director of Qualcomm Technologies, said that LTE is not only compatible with LTE, but also compatible with GSM, WCDMA, TD-HSPA and other communication protocols. With hardware alone, how to get multiple different protocols to run on a single wafer at the same time is a very important challenge. According to public information provided by Qualcomm, more than 18 frequency bands will operate on mobile devices in the 4G LTE era.

Of course, for Qualcomm, since the 3G era, it has naturally accumulated a lot of experience and foundation. We all know that Qualcomm's Snapdragon 805 processor has a big selling point in 4K resolution. If the video streaming demand is in the right direction, if the wireless communication transmission capability cannot be greatly improved, even if it has a 4K resolution display. The ability is also in vain. In other words, the introduction of the latest Category 6 from LTE and even at this stage can be said to play a role that complements 4K images.

Peter Carson revealed that Qualcomm has established a fairly complete ecosystem with major telecom operators around the world more than 10 years ago. In the interoperability test, Qualcomm's chips are also regarded by the industry as the benchmark for testing. What Qualcomm values â€‹â€‹is the interoperability test of global telecom operators, but some competitors may only stop in some regional markets. In terms of test standards, Qualcomm will also provide a complete set of test steps for OEMs.

To some extent, Category 6 should now be considered a watershed for LTE competition. According to MediaTek's staff at the COMPUTEX booth, the telecom operators who are investing in Category 6 at this stage are still a minority in the global telecom market. With MediaTek's approach, they will wait for Category 6 to officially enter the growth stage before they will follow the market to invest in this battle. Qualcomm's first investment also shows that Qualcomm still has the advantage of leading technology in the global LTE mobile chip competition.

Why is it difficult for Apple to give up Qualcomm chips? 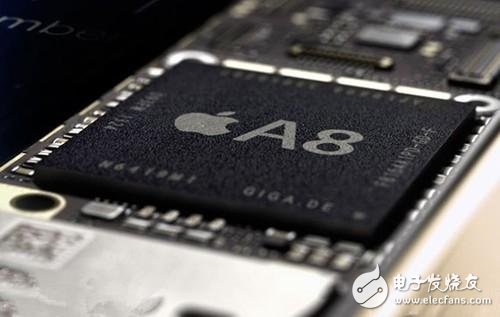 However, the situation is changing now. Timothy Acuri, an analyst at investment bank Cowen & Company, released a report on Monday that Intel is negotiating with Apple and hopes to switch to Intel LTE baseband chips from 2015. But at the same time, Akuri believes that although the negotiations are going on, Apple can't choose Intel's LTE chip. Negotiating with Intel is only hope to increase the bargaining chip with Qualcomm.

It can be seen that Apple does not want to rely on Qualcomm in this field, and the two sides are playing a game around the baseband chip.

First, what is the baseband chip

Suppose a mobile phone needs to implement the most basic function - call texting, then the phone should include the following parts: RF part, baseband part, power management, peripherals, software. The RF portion and the baseband portion are the core of the baseband chip.

The radio frequency portion is generally the portion for transmitting and receiving information; the baseband portion is generally the portion for information processing. The baseband chip is used to synthesize the baseband signal to be transmitted or to decode the received baseband signal. Specifically, when transmitting, the audio signal is compiled into a baseband code for transmission; upon reception, the received baseband code is interpreted as an audio signal. At the same time, it is also responsible for the compilation of address information (mobile phone number, website address), text information (short message text, website text), and picture information. Its main components are the processor and memory.

Since the fundamental frequency is the core part of the mobile phone and the most technical part, only a few manufacturers around the world own this technology, including Qualcomm, MediaTek, Infineon, Broadcom and so on.

Second, what is the relationship between mobile phone manufacturers and baseband chip vendors?

Historically, the baseband chip market has undergone relatively large changes. In the 2G era, the major players in the global mobile phone industry are Nokia, Motorola, Sony Ericsson, etc. The corresponding baseband chip suppliers are Texas Instruments, Freescale, ADI, Broadcom and so on. After these traditional mobile phone giants lost power in the 3G era and the smartphone era, upstream suppliers also shuffled. As of now, Texas Instruments has closed the baseband chip business, and Freescale and ADI have chosen to spin off the sale.

On June 3 this year, another baseband chip supplier, Broadcom, announced that it would sell or stop its cellular baseband business. With the withdrawal of players such as Texas Instruments and Broadcom, Qualcomm's position is more stable. The data shows that the global output value of mobile phone application baseband chips is about 16 billion US dollars to 19 billion US dollars a year, and Qualcomm accounts for more than 50% of the total.

Although the baseband chip market is extremely high, "narcissism" and Apple, which is accustomed to "closed", may be planning to produce their own baseband chips. In April this year, foreign media reported that Apple had dug two "baseband chip engineering design experts" from Broadcom for ten years. It is reported that Apple's official website is still recruiting dozens of engineers related to RF chip design and development.

At the same time, foreign media DigiTIme also reported that Apple is planning to develop an internal baseband processor, and will be used for the 2015 iPhone model. This part may be produced by Samsung and Globalfoundries.

However, the technical threshold of the baseband chip market is very high, and it requires long-term technical accumulation. It is difficult for Apple to get rid of its reliance on Qualcomm in the short term.

For Iphone:
For Iphone8/X/XR/XS Max

For Others:
For YotaPhone 2, For Elephone P9000