Skip to content
Huashang Optoelectronics, originally located in Daxi Town, Taoyuan County, Taiwan, moved its factory to Hsinchu Industrial Zone in Hsinchu County in May due to company policy. 24 employees were unwilling to transfer their jobs, and there was no solution for coordination between employers and employees. Some employees were accompanied by Hsinchu County Council member Gao Weikai on the morning of the 4th to protest at the Hukou factory.

More than 10 male and female employees who did not want to move to the Hsinchu Industrial Zone with the factory moved to the Hukou factory gate at 8:00 am on June 4 to protest against the white cloth. Xieâ€™s female employee said that she had been in the company for 14 years. Family factors, and in order to take care of children and do not want to transfer to work in the field, have been willing to pay 50% off the severance fee, but the company has not resolved in good faith, so far has opened six coordination meetings, but neither side has no consensus. 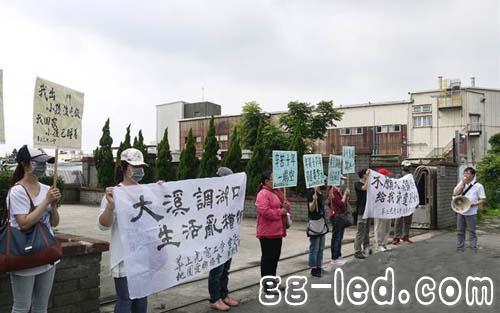 On the morning of June 4th, the company said that it is still in coordination. The whole case has been communicated through the competent authorities, hoping to resolve it peacefully, and employees will be taken care of.

It is understood that Huashang Optoelectronics was established in Taipei City in 1987. The head office was originally located in Daxi, Taoyuan. The branch factory is located in Hsinchu Lake, and produces LED, LD (laser diode) and LS (lighting system related design). LED and LD have their own patented structure and process. Among them, the monthly shipments of LEDs have totaled more than 400 million.

This Automation curtain is specially designed for automation industry. SDKELI LSC2 light curtain is designed for automation field, with small size, compact structure and strong anti-interference ability, and the product meets IEC 61496-2 standards. The Automatic Light Curtain is with reliable quality and very competitive price. It has been used in many factories and has replaced curtains from Sick, Omron, Banner, Keyence, etc.