Terahertz research is mainly concentrated in the 0.1-10 THz band. This is a spectral area that covers a wide range and is very special. Initially, this band was called the â€œTHz Gapâ€ because the band was sandwiched between two relatively mature frequencies, the electronic spectrum and the optical spectrum. The low frequency band overlaps with the millimeter wave band in the field of electronics, and the high frequency band overlaps with the far infrared band (wavelength 0.03-1.0 mm) in the optical field. Due to the particularity of this field, a blank area for early research was formed. However, with the development of research, the importance of terahertz spectrum and technology in the fields of physics, chemistry, biology, electronics, radio astronomy, etc. has gradually emerged, and its application has begun to penetrate into many aspects of social economy and national security, such as bio-imaging, THz spectrum fast detection, high-speed communication, through-wall radar, etc. Terahertz has good application prospects, mainly due to its spectral resolution, safety, perspective, transient and broadband characteristics.
For example: The vibration and rotation frequencies of many biological macromolecules in nature are in the terahertz frequency band, which provides an effective means for detecting biological information; the photon energy in the terahertz band is low, and it will not damage the detector. Non-destructive testing is realized; terahertz waves have good penetrating ability to dielectric materials, which can be used as a means to detect hidden objects; typical pulse width of terahertz pulses is on the order of picoseconds, and terahertz time domain with high SNR can be obtained. Spectrum, easy to spectral analysis of various materials; In addition, the bandwidth of the terahertz band is very wide, from 0.1-10 THz can provide rich spectrum resources for ultra-high speed communication. 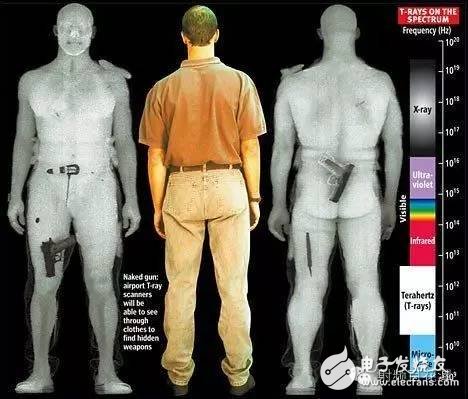 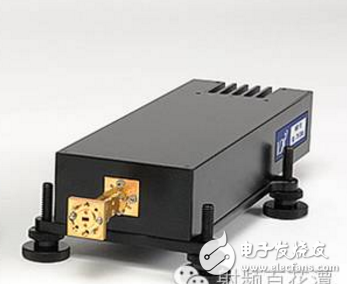 An incoherent heat radiation source converts thermal energy into light energy in the case of thermal equilibrium, producing a continuous spectrum. The main examples are the sun in everyday life, and incandescent lamps. Due to the low power of terahertz waves generated, the application prospects are limited.

Broadband terahertz radiation sources are currently mainly used in spectroscopy systems, mainly generated by pulses with a period of tens to hundreds of femtoseconds, and contain ultra-wide spectral components of up to several tens of terahertz in the spectrum. The production methods include:

a) Photoconductive antenna: The main mechanism of photo-guide antenna for terahertz radiation is that the photo-conducting antenna generates carriers under the illumination of light pulses and accelerates under the action of an electric field, generating transient currents on the surface, and then radiating terahertz electromagnetic waves. It is characterized by a high output energy. In recent years, many studies on the generation of broadband terahertz waves by photoconductive antennas have been carried out at home and abroad.

c) Air Plasma Method: The principle of the air plasma method is to use the laser to focus the breakdown air to generate terahertz radiation.

The goal of a narrowband terahertz source is to produce a continuous terahertz wave with a narrow linewidth. Common methods include:

b) Terahertz quantum cascade laser (THz-QCL), as a kind of coherent light source, is based on conduction band subband electronic energy state transition and phonon resonance assisted tunneling to achieve particle number inversion. With the rapid development of quantum cascade lasers, it can be used to study small-scale material motions, such as electron microscopic transport, nanophotonics, and so on. At the same time, due to its compact structure, it has high application value in many fields, such as astrophysics and atmospheric science, space communication, precision spectrometry, security inspection and terahertz imaging.

Enershare's commitment to future-ready energy solutions for smart home innovations, Enershare's Energy Storage Systems create a flexible energy maintenance system for homeowners who want to take more control of their home energy use, it is intended to be used for home battery energy storage and stores electricity for solar self-consumption, load shifting, backup power, and off-the-grid use. you can use it anytime you want-at night or during an outage.