Throughout the development of the global robot industry, the robot giants are mainly concentrated in the United States, Japan, Germany, South Korea, China and other five countries. At the end of the year, Xiao Bian will count the crocodiles who are on the stage of the "Robots Five". Â 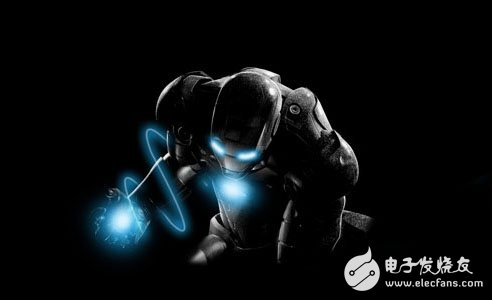 The 2016 robot industry is the leader of the five countries.

At present, the world is at the intersection of the new technological revolution and the industrial revolution. With the integration of informationization and industrialization, the intelligent industry represented by robotics technology has emerged as an important symbol of modern technological innovation and the core technological capability in the global new industry revolutionary competition. Throughout the development of the global robot industry, the robot giants are mainly concentrated in the United States, Japan, Germany, South Korea, China and other five countries. Although they are all big robots, the status quo of industrial development in different countries is not the same.

With intelligence as the main direction, the United States has continuously increased its research and development efforts on new materials and new technologies, and clearly proposed to develop industrial robots to boost manufacturing. For Japan, the industrial competitive advantage of its industrial robots lies in the strong technical advantages of the complete supporting industrial system and key components.

Although the introduction of industrial robots in Germany is slightly later than Japan, its development is similar to that of Japan. After 10 years of hard work, industrial robot companies represented by KUKA have taken the lead in the world. Although Hyundai Heavy Industries has been closely coupled with robots, it has greatly increased the share of Korean industrial robot manufacturers in the global market. But overall, Korean technology still has a big gap with the United States, Japan, and Germany.

It is reported that Adept has been developed into a high-tech manufacturer specializing in industrial automation since its establishment in 1983. It is the world leader and service provider of intelligent vision robot systems. At present, the company's product line has spread all over industrial robots, configuration of linear modules, mechanical control for robots and other flexible automation equipment, machine vision, systems and application software. The products have been widely used in the fields of article packaging, life sciences, disk drives, electronic devices, solar energy, semiconductor manufacturing and so on.

Baxter International Co., Ltd. was established in the United States in 1931 and is one of the world's leading companies in the medical industry. Among them, "RethinkRoboTIcs robots, peritoneal dialysis products, hemodialysis products, acute and severe products, infusion therapy products and other products with "common sense" have won praises from Baxter. At present, the company's products have been widely used in the field of chronic diseases and critical care, developing, producing and selling complex diseases such as hemophilia, immune system diseases, infectious diseases, cancer, kidney diseases, and deep wounds on a global scale. product.

STRoboTIcs is an industrial robot company in the United States. Since its inception, STRoboTIcs has been dedicated to providing professional but affordable, easy-to-use, easy-to-package robots. The main products are ST robots and RoboForth robot programming language, which have been widely used in automobile production plants, "mechanical feeding" to "laboratory sample processing" and other fields.

Founded in 1956, FANUC is a Japanese company specializing in CNC systems. It is also the world's largest manufacturer of professional CNC systems, accounting for 70% of the global market. Its main products are multi-function 6-axis small robot, FANUC numerical control system, machine tool numerical control device and so on. At present, FANUC robot product series is up to 240 kinds, with load ranging from 0.5 kg to 1.35 tons, widely used in assembly, handling, welding, casting, spraying, palletizing and other production processes to meet the different needs of customers.