Sure enough, on June 20th, Philips Electronics Japan announced that the company's LED lighting sales in the entire Japanese market is likely to reach 50% in the summer of 2011. In the overall global lighting business of the Royal Philips Electronics Group of the Netherlands, the LED lighting business accounted for 13% in 2010 and is expected to reach 50% by 2015. The Japanese company of the company achieved the group's overall goal four years ahead of schedule.

Dr. Zhang Xiaofei, CEO of Gaogong LED, recently pointed out: "LED lighting not only saves energy and saves electricity, but also is a highly profitable product. At present, the giants are actively deploying and trying to seize the commanding heights of the market, and the LED world war is about to break out."

In 2010, the global LED lighting penetration rate was less than 3%. What caused the LED lighting penetration rate to be low? Perhaps most people will answer: price! Indeed, the price of traditional lighting products several times or even dozens of times has discouraged many consumers. However, how to actively promote and guide, let end consumers discover the advantages of LED, rather than being limited to price, is the top priority of enterprises.

"LED power saving advantages are obvious. Take our own factory as an example. Our office lighting areas and factories use LED lighting products. The monthly electricity bill saves 37.5% compared with the previous traditional lighting. Ordinary consumers buy LED bulbs, one In two years, the cost can be recovered, and an LED bulb cannot be used for one or two years.â€ Liu Bangyan, general manager of Yiguang Electronics Production Group, told Gaogong LED reporter. At the same time, he also revealed that with the improvement of technology, the market will be next year. LED bulbs with a price of around RMB 50 can be displayed.

According to research data from the High-Tech LED Industry Research Institute (GLII), LED bulb prices are falling at a rate of 15%-20% per year. "When the price of LED reaches the critical point of 1.5 times the price of energy-saving lamps, the market will start quickly." Zhang Xiaofei said.

Of course, in addition to the price and the traditional lighting products are competitive, the advantages of LED itself will also play an important role. Fudai Tuo, general manager of Shanghai Nichia Electronic Chemicals, said in an interview with Gaogong LED reporter: "If the product has the comprehensive advantages of light efficiency + quality + cost, the market share and influence of LED lighting will be greater. improve."

The industry generally expects that 2012 will become the critical point of LED lighting explosion.

Outdoor Fixed Led Display is perfect for commercial advertising, stadium, government public announcement etc. It takes the advantage on brightness, seamless, color consistency pixel to pixel, energy saving, long life span etc. Also, it is more environmental, It could change content to play everyday by software instead of changing the printing or plastic materials when you needs to change the advertising banners.


That performs well in high strength weather resistance, UV proof, water proof and moisture proof.High driving method for 1/4scan that 4 lamps are controlled by 1 IC, makes the video quality more clear and vivid. IP 65 for fully defending for dust and no effect with high pressure jet water.Module with strong cover and 8 lamps are controlled by 1 IC for high quality video.High strength for mask with dust proof, waterproof and UV proof.Fabulous design of air flowing.Good design of heat dissipation, air goes in under and goes out from the fan.Super power support.For each cabinet to supply the best operation to the LED Display. 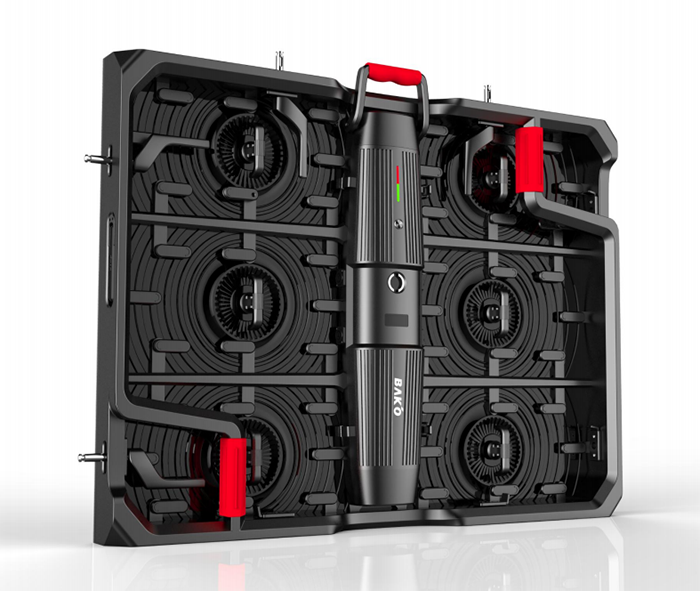 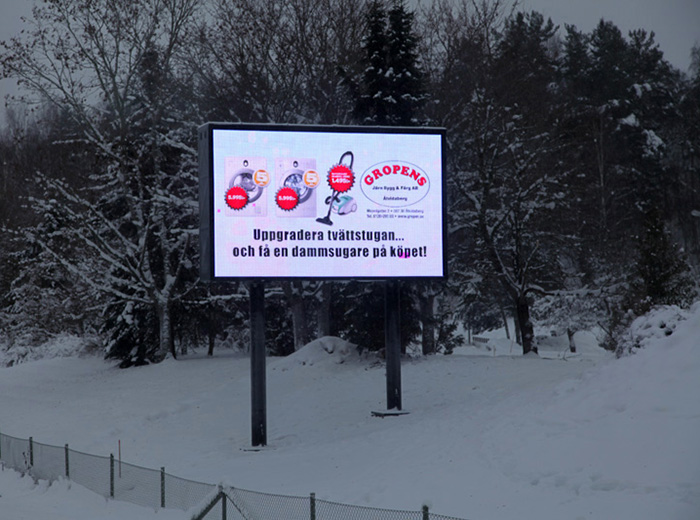