From "capitalization" to "human culture" is the inevitable development trend of outdoor advertising, and the only way for advertising media to move towards value innovation. Some analysts believe that: from 2010 to 2020, China's outdoor LED media will move from scale to scale In the pioneering period of value, in this process of realizing the value transformation, low-carbon energy-saving and other advantageous media will steadily develop the capital market, while the traditional high energy consumption, single investment model, and high investment cost LED media can only sigh. At present, with the continuous improvement of modern city construction, planning needs and outdoor high-standard concepts, the outdoor environment has become complicated. Under multiple factors, many advertising spaces have either failed to approve or are already sky-high. Due to the lack of upstream, the future In the past ten years, outdoor LED media may appear to have a "no fish to fight" situation, coupled with frequent rectification, investors who have already been screaming outside the circle are inevitably shaken and panicked, and the "bitter money" operators in the circle Its investment enthusiasm is gradually cooling in the stormy outdoor. Under this background, it is bound to create more investment wait-and-see and panic. Will the LED large screen follow the paper media industry after the horse race and the value bubble? Dilemma? With related doubts, the reporter visited the emerging LED display manufacturer-Dongguan Xinghuang Electronic Technology Co., Ltd. and interviewed the company's chairman & general manager Mr. Luo Ge. 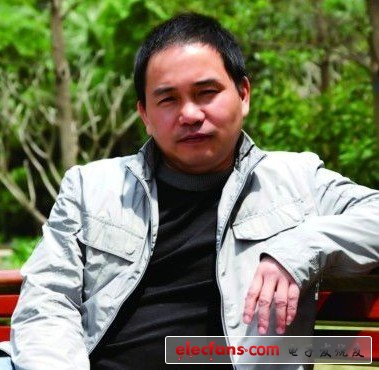 Reporter: Mr. Luo, hello, what is your current view on the investment and development prospects of outdoor LED large screens?

Mr. Luo: The big LED screen is "Xingle must be happy and spring, don't wait until the flowers are empty."

At present, LED large screens should seize market opportunities and favorable policies, and vigorously develop capital. Terminal manufacturing should strengthen cooperation between industry, education and research, overcome technical bottlenecks, continuously improve its quality and performance, and rely on outdoor policies and regulations to coordinate urban construction. And planning, through scientific and reasonable settings, extend the added value of the industrial chain, realize the transformation of LED media from scale to value, completely bid farewell to the traditional extensive development model, and promote the transformation of outdoor LED media into the beautiful landscape of the city, not because of high energy Consumption and light pollution have become roles that people want to get rid of. With the shouting of "building a harmonious society and building a green home" one after another, outdoor high-standard construction has become a prerequisite for building a harmonious society. This appeal fundamentally promotes the rapid development of superior media. There is no doubt that new media In the era, outdoor LED media has entered a period of intensive cultivation, and the development of LED large screens will also usher in a new round of development.

At present, the trend of global integration is gradually strengthening, and China's urban construction and planning are also in line with international standards. This process will promote the transition of outdoor advertising from "capitalization" to "human culture". The result is that developed countries like France and Sweden today Like the country, "outdoor advertising is few and precise, and it is rich in content and achieves harmonious co-prosperity with the city, while creating commercial value, but also with humanistic care." Similarly, as China's urban planning and humanities construction cycle shortens, this process will be realized sooner or later. At that time, the living space of media companies must also be compressed or forced to dive to third- and fourth-tier cities, such as Kunming, Yunnan. In the past two years, Kunming â€™s outdoor large and small billboards can be said to be â€œlootedâ€. Some illegal billboards and high-energy LED media have been â€œslashedâ€ outdoors, and many advertising companies have embarked on the road of integration and merger. Before the wave of nationwide high-standard construction has yet to come, it is now the best time to invest in LED large screens, President Luo Xinghuang said.

Reporter: It is reported that outdoor LED large screens are anti-biting its operators under the unfavorable conditions of investment promotion. Please explain.

President Luo: In my opinion, the so-called â€œanti-phagocytosisâ€ is: high investment, high consumption, obstruction of investment promotion and instability of outdoor policies lead to costs that cannot be recovered smoothly and have a negative impact on operators.

The outdoor LED large screen is the crystallization of high technology, which is destined to be extraordinary from birth. With the scarcity of advertising spaces in first-tier cities, high-quality advertising spaces must be spent heavily on bidding, especially in first-tier cities. The price of the screen is several times or even tens of times. For example, the advertising space of an LED display in Guangzhou Zhengjia Plaza is as high as 50 million, but this is just an advertising space. Many operators used the hard-earned funds to invest in screens. I was expecting this to be a cash cow and I only had to wait for customers to go to the door. I never thought that the later operation and maintenance of LED screens also need to invest a lot of real money. Jin Baiyin, once the investment promotion in the later stage is blocked, it will "repel its operators" as you said, and some even directly threaten the survival of media companies.

Reporter: It is reported that your company has been committed to the production and R & D of double-sided LED display, but how does this new type of LED display face investment in the later stage? What are the advantages compared with traditional LED display?

Mr. Luo: The double-sided LED display is a special-shaped LED display. It is a type of LED display. It has ten core competitive advantages such as low-carbon energy saving, smooth investment attraction, easy maintenance, and no light pollution. It not only has the function of playing LED video media, but also has the advantage of attracting investment in print advertising. We know that LED video advertisements are only a few seconds, so customers like real estate, banks and other customers who require all-weather coverage are not able to achieve above LED video media. In contrast, they prefer print media and not only can display for a long time Its advertising pictures are more conducive to brand communication and precise marketing.

Two-sided flip LED display, it is two flat advertisements flipped on three sides during the day, and automatically turns out the LED video module at night, which is equivalent to a traditional LED display. The two print ads during the day are magnificent, which is conducive to integrated marketing and all-weather coverage. Even under the strong light, it does not affect the advertising effect at all. In view of the good advertising efficiency, large customers are willing to put it in long-term. The LED video effect at night can not only accommodate a large number of customers, but also assist customers during the day to do promotion, help them promote their brand image and release the latest news in a timely manner. Since the two-sided LED display can be compatible with both video media and print advertising, it can hold customers in both directions and achieve all-weather and diversified coverage. Therefore, it is particularly smooth in the early and late stages of investment promotion. This is also telecommunications and mobile. , Cyber â€‹â€‹Digital, Bainaohui and other customers can stay firmly after they settle in.

Reporter: Recently from the National Development and Reform Commission, China Power Grid learned that this year's power gap will continue to expand, and the power situation is still not optimistic. Under the new form of letting power, limiting power, and giving priority to ensuring residents' power consumption, large LED screens will either shut down Broadcasting, or endure huge commercial power consumption, as a new type of outdoor big name, how will the two-sided flip LED display be correct?

President Luo: Indeed, the traditional LED display is currently troubled by the power shortage is an objective fact. "Electric Tiger" not only restricts the development of large LED screens, but also brings a heavy operating burden on operators. Operators have to endure huge commercial power consumption expenses in order to quickly return to cost and maintain operations. However, this high power consumption cost often prohibits many media companies that have not yet launched, and what is certain is that the "electricity shortage" is Following high operating costs, it is one of the culprits that has exacerbated the fear of investment in large LED screens.

At the beginning of the design of the double-sided LED display, we looked at the future. After continuous technical research, we have gradually reduced the power consumption per square meter from 90W, 70W, and 55W. The power consumption of each motor during the day is only about 90W. No matter how hard the famine comes, it can also be calmly faced. To a certain extent, in the field of LED large screens that is suffering from electricity shortages, it is undoubtedly the best solution to choose a double-sided LED display, as a new type of low-carbon energy-saving media , It will deal with the power shortage with ultra-low operating costs to protect operators.

Reporter: It is said that there are products on the market that imitate two-sided flip LED display, called LED flip screen. Finally, I would like to invite you to talk about it.

President Luo: Jindano double-turned LED display screen has obtained 28 national invention patents, and the relevant indicators have reached the international advanced level. (At present, there are counterfeit products on both sides of our company, which are called "flip screens". This product plagiarizes many of our company's patented technologies, uses inferior raw materials, disrupts the market at low prices, and seriously harms the interests of consumers. At present, the judicial organ has filed an investigation, and our company will follow up on this case and investigate the counterfeit products in the end "). Xinghuang Technology Jindano has been in the market for more than a few years, and has established a brand reputation and after-sales service system. It is difficult to compare counterfeit products. At present, our cases have been displayed in dozens of provinces, municipalities and autonomous regions in Jilin, Inner Mongolia, Tianjin, Shaanxi, Shanxi, Ningxia, Henan, Guizhou, Jiangsu, Zhejiang, Hunan, Hainan, Sichuan and Guangxi. Style, not only that, at the Shanghai International LED Exhibition in July 2010, our company's Dongguan Diwang case won the "Top Ten Excellent LED Display Application Engineering" award. In February 2012, it was awarded the "Guangdong High-tech Product" honor certificate Waiting, the so-called "freezing three feet is not one day's cold" these awards come from the brand accumulation and countless hard work, counterfeit production How can the product reach it.

About silicone watch bands:
With the development of the society,people demand more and more high standard of live. In the same time,we can find out from their decorations, they are also beginning to pay attention to product safety and environmental protection, for example silicone watch bands. The Silicone Watch Band made of food grade silicone,It is very safe and good for the environment. Its texture is soft and durable,it can be clean easily and its dirty resistance is very good! many athletes and the office workers like it,even the old or young!

The following silicone watch bands photos for your reference: 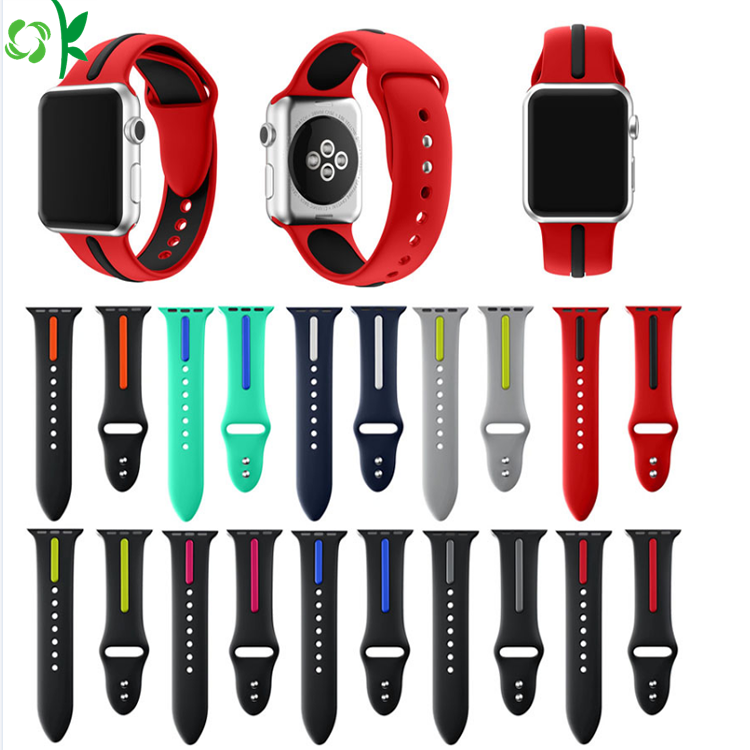